The Health Care Foundation of North Mississippi carries on a tradition of supporting those who are dedicated to caring for others.

From aspiring medical assistants to advanced practice clinicians, and future physical therapists to physicians, our goal is to provide scholarships to deserving students throughout the service area of North Mississippi Health Services who are pursuing a career in health care.

Scholarships are awarded in all of the communities that have an NMHS hospital, as well as two memorial scholarships.

Applicants are judged on ACT score, high school transcript, curriculum taken as it pertains to the chosen field, extracurricular activities, letters of recommendation and personal statements. 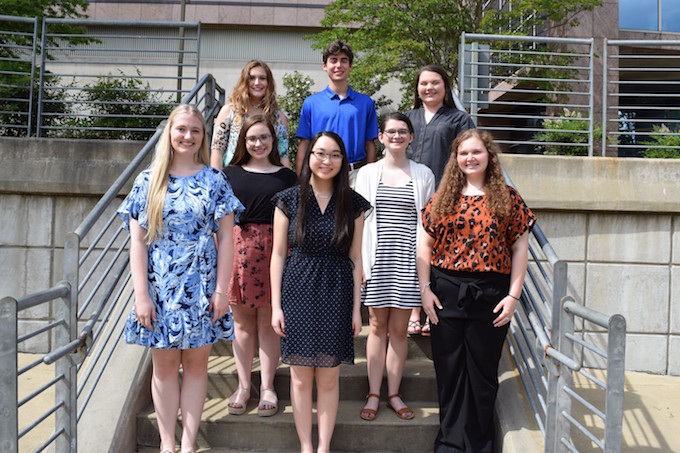 Each student received a $2,000 scholarship from the Health Care Foundation of North Mississippi to pursue a health care career.

“This practical job exposure gave me insights into this job roles on a day-to-day basis and confirmed how perfect a fit this profession is to my personality and work style,” Rachel wrote in her personal statement.

She graduated with a 4.0 GPA, and was ranked ninth in a class of 487. She was involved in several leadership activities and honor society activities. She was a company member of the Tupelo Civic Ballet, where she served in several roles over the years – including president, assistant to costume mistress and vice president.

She is a member of First United Methodist Church in Tupelo. She served on the FUMC Youth Community and as a State Mission Volunteer for six years, and has been involved in several other volunteer roles.

“I became interested in medicine in middle school when I was part of the Summer Health Academy,” Olivia wrote in her personal statement. “I then became a student volunteer, and my experience in the emergency room exposed me to the authentic worls of emergency medicine, and I became exceedingly interested in becoming an emergency physician…it would let me impact the world in small, yet significant ways as a medical professional.”

Olivia has served as a student volunteer at NMMC for three years and took part in the NMMC Summer Health Academy. She is a Rotary Scholar, a member of several honor societies, a member of the Tupelo High School Band and recipient of the Sydney Alford Musicianship Award, among others.

Collin Crawson, North Pontotoc High School
Collin Crawson, a graduate of North Pontotoc High School, served as was president of HOSA-Future Health Professionals as a senior and vice president of the group as a junior. He has attended competitions for two years and qualified for state competition both years. He is also a member of Junior Master Wellness Volunteers and he has spent more than 20 hours shadowing health care professionals. Collin aims to attend the University of Mississippi in Oxford and major in biology (pre-med).